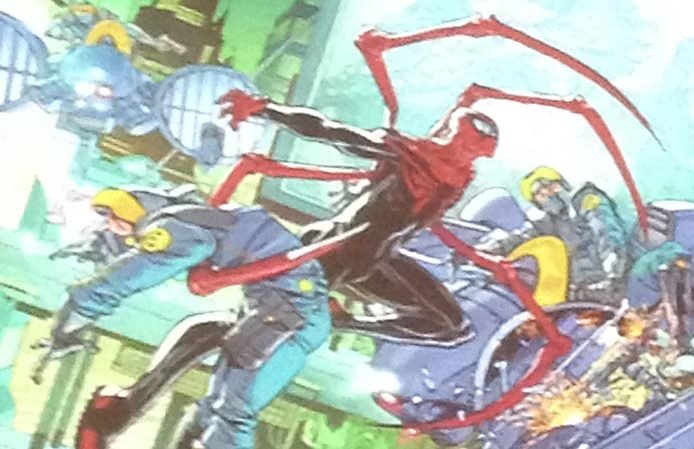 So by now we all know that Superior Spider-Man is no more and that Peter Parker is back, but at C2E2, Marvel showed off the panel to the right while discussing the upcoming Spider-Verse arc. That's clearly the Superior Spider-Man costume, but as Bleeding Cool pointed out, it looks like he's swinging through 2099. Do you guys have any theories as for this appearance? Let us know in the comments below.

The self-proclaimed King of All Geeks, Chris loves all things geeky. Aside from running SpiderMan2099.com, Chris also runs Geek Decor and is an avid toy collector and comic book reader.